If New York City Gets Las Vegas-Style Casinos, What Else Will It Get?

Before too long, New Yorkers and the millions of tourists who visit the city every year may have a new way to test their luck — and part with their money — amid the bright lights and skyscrapers of Midtown Manhattan: hands of blackjack or spins of the roulette wheel inside a new casino with all the trappings of Las Vegas, down to the incessant ringing and fluorescent flashing of a sea of slot machines.

This vision is one of many possibilities after state lawmakers in April approved up to three full-service casinos in the New York City area, a potentially seismic development that officials have touted as a way of attracting new jobs, tax revenue and visitors.

A new casino in the city could transform the national gambling landscape, analysts have said, by tapping directly into the country’s largest market. Casino resorts built in the center of large cities are rare.

But whether the city and state ever realize the economic windfall that has been promised is far from certain. Evidence from other urban areas suggests that the tax revenue projections of casino companies often prove to be overstated, and that the economic benefits of casinos fade over time.

The extent to which casinos truly enhance local economies has been debated by officials for decades. And the full cost to communities where casinos are built — including the impact on existing businesses, crime and gambling addiction — can be hard to measure.

“You will see projections from casino operators that need to be taken with a grain of salt,” said Enrique Zuniga, who served on the Massachusetts Gaming Commission, the state’s casino regulator, when a new Wynn Resorts casino was approved and opened near Boston.

Still, Mr. Zuniga said, the potential for some positive effects is real: “The important thing is, are the city and the state positioned to benefit regardless?”

The casino industry has long lusted after New York City, with its estimated 8.5 million residents and global appeal as a tourist destination. The only casino-like option in the five boroughs is the Resorts World facility at the Aqueduct Racetrack in Queens, a “racino,” or horse racetrack with video slot machines but no table games, like roulette. Last year, Resorts World had the most gambling revenue of any casino property outside Nevada.

Perhaps the clearest comparison to New York’s undertaking is the resort near Boston, the Encore Boston Harbor. When it opened in June 2019, it was one of the first Las Vegas-style resort casinos in the heart of a major urban area. 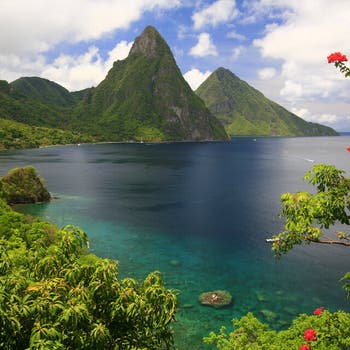 Go Here, Not There: Vacation Alternatives for the Budget-Conscious 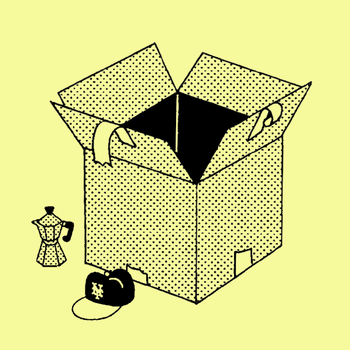 Why I Moved to New York (in a Global Pandemic) 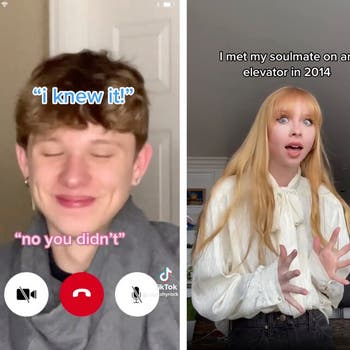 Don’t Think Too Hard About These TikTok Videos

Less than a year later, the coronavirus hit, and the Encore, like the rest of the entertainment industry, suffered. Even in the months before the pandemic, the casino — which cost $2.6 billion to develop — was falling far short of its revenue targets.

A Wynn spokesman said the resort could not fully reopen until September 2021 after closing during the pandemic. The casino has paid about $531 million in taxes and fees to state and local authorities so far, he said.

Nationwide, casinos have rebounded sharply after the lifting of Covid-19 restrictions. Gambling revenue surged to record highs last year, according to the American Gaming Association, as visitors who had been cooped up with savings to spend flocked to casinos.

New York “stands to gain billions in revenue,” said State Senator Joseph Addabbo Jr., a Queens Democrat and the chairman of the committee that oversees casinos. “Even if you don’t like gambling, you will benefit at some point from this.”

But as New York prepares to embark on the monthslong process of deciding where to allow casino licensees to open, the disruptions of the past two years have only further underscored the difficulty of predicting the prospects for new casinos.

Lucy Dadayan, a senior research associate with the Urban Institute, a research organization, said the benefits of casinos are short-lived, and the only way for states to realize sustained growth in gambling tax revenue is to open more casinos or legalize new forms of gambling, like online or sports betting.

“When there’s a new casino opening around the corner, people go and try it for the novelty,” Ms. Dadayan said. “After some time, as short as one year, it wears off.”

Although most American casinos are in rural or suburban areas, the number in urban areas has grown in recent years. In May, local lawmakers in Chicago approved a proposed plan for the city’s first casino, which the mayor, Lori Lightfoot, framed as necessary to avoid raising property taxes. In Philadelphia, a second casino opened last year near the city’s sports stadiums.

At the Harrah’s casino in New Orleans, gambling revenue has declined almost every year since their peak in 2008. The casino reached a deal with lawmakers in 2019 to renovate the property and keep operating for another 30 years in exchange for more money to the city and state.

A media representative for Caesars Entertainment, which owns Harrah’s, did not respond to requests for comment.

The casino debate in New York is likely to be a supercharged version of the fights that have unfolded in other parts of the country. Local Manhattan officials have long resisted proposals to add casinos, saying they would divert spending from other small businesses while encouraging gambling disorders.

Sign up for the New York Today Newsletter  Each morning, get the latest on New York businesses, arts, sports, dining, style and more.

A 2004 study by University of Buffalo researchers found that people who lived within 10 miles of a casino were twice as likely to have a gambling problem as those who lived farther away.

“This is great money for government, but it’s not money from nowhere,” said Jonathan Krutz, an emeritus professor at Boise State University who has studied casinos for three decades. “It’s at the expense of people who get addicted to gambling.”

In a paper published this year that studied casinos in 39 states from 2002 to 2017, Professor Krutz found that local economies with casinos did not experience faster growth in retail sales than those without casinos. He concluded that casinos did not typically attract new money, cannibalizing from existing businesses instead.

For a New York City casino to yield the maximum benefit, it would ideally draw significant numbers of out-of-town visitors with a convention center, hotel rooms and restaurants, according to an economic impact report last year from Spectrum Gaming Group that was commissioned by state gambling regulators.

Cities around the world have experimented with casino regulations that try to extract the most money from tourists, while minimizing the harm to local residents. In Singapore, for instance, foreigners can enter casinos for free while local residents must pay.

It will be several months before the New York sites are announced. The state’s gambling commission has until October to create a committee that will manage the application process.

The lobbying has already begun, with companies proposing sites from Times Square to Coney Island to the Citi Field parking lot in Queens. At least two of the potential proposals involve Monte-Carlo-style luxury casinos on Manhattan’s East Side waterfront or on the top floor of a Fifth Avenue department store.

The leading contenders for two of the three licenses are the existing racino in Queens and a similar type of property in Yonkers, N.Y., Empire City Casino. With full casino licenses, they could expand to offer live table games like poker and blackjack.

Mayor Eric Adams has said he wants two of the three casinos to be in New York City’s five boroughs.

The Encore Boston Harbor casino tried to target wealthier customers from overseas initially. But after underperforming in its early months, it pivoted its marketing efforts to appeal to local residents by offering free parking and lowering table minimums.

Casinos do come with jobs, typically promising to hire locally and to build schools to train those who want to work as dealers. New York lawmakers have said the new casinos will create thousands of union jobs for hospitality workers who became unemployed during the pandemic.

But many casino jobs pay low wages, stunting the potential for real economic growth, economists say. Last year, the median annual pay for a gambling service worker was $29,120, according to the Bureau of Labor Statistics.

Even before the pandemic, the four casinos in upstate New York fell short of their revenue targets, according to a 2020 report from the state comptroller’s office. In 2019, the casinos contributed $188 million in gambling taxes to the state, two-thirds of what they had projected in their license applications.

Still, the licensing fees alone are enticing for state officials: Bidding to operate a casino in the New York City area will start at $500 million per license.

Casinos can be taxed at a much higher rate than other types of businesses, and the money is typically funneled to schools, police agencies and infrastructure projects.

A 2011 paper by Douglas Walker, an economics professor at the College of Charleston in South Carolina, found that casinos typically provided a short-term revenue increase that died out in the long run, partly because new casinos competing for the same pool of customers continued to open nearby.

This effect has contributed to the struggles of Atlantic City, where several casinos have gone bankrupt over the last decade. Many states in the Northeast have legalized their own casinos, so people who used to drive to Atlantic City can now gamble closer to home.

In an interview, Professor Walker predicted that New York’s density and wide variety of entertainment options would limit a casino’s economic impact on the city.

That was the experience in Philadelphia, where the first casino opened in 2010, according to Alan Greenberger, the deputy mayor for economic development at the time. The SugarHouse Casino, which is now known as the Rivers Casino Philadelphia, was built along the waterfront, just north of downtown.

The city administration initially fought against the casino, but Mr. Greenberger acknowledged that it had helped finance improvements to the sewer system and had employed hundreds of local workers. The business model, he said, was a “strange duality of good and bad.”

“The economic equation is: A lot of people are working, which is good,” Mr. Greenberger said. “But they’re working for an operation that is probably taking revenue in from people who are least likely to afford it.”

Ultimately, the two casinos, both of which are on the edge of the city and surrounded by large parking lots, had little impact on the “character of life” in Philadelphia, he added.

“We’re a big city with two casinos, but we’re not a casino city,” he said. “And New York isn’t going to be a casino city either.”